STATION 7: IN THE POPLAR AVENUE

Beuys in an avenue of poplars. The rhythm of the trunks and crowns are reminiscent of pillars,  services and belt arches of a Gothic cathedral.

Gerd Ludwig: J. Beuys walking in the avenue of poplars in Düffel, 1978.

Here only he sees what who watches with great attention to detail; who is open to impressions where others see nothing at all. No backdrops obstruct the view, here you have to place something yourself, poplars for example. They stand in line in the terrain, stretching their necks to see something, but there is nothing. Already the “planted discipline” breaks down abruptly, the Lower-Rhine osiers (Korbweiden) claim the field again, like cross-headed people who master the bizarre art of brooding as virtuously as Joseph Beuys.

The man who comes in the trellis of poplars, the cosmopolitan from the Lower Rhine, Joseph Beuys, walks toward a great goal. He wants to create the total work of art “future social order”, also a new concept of capital: creativity as a national asset.  (ZEIT magazine 1978)

At the documenta 1982 Beuys stages his biggest action. 7000 basalt columns are heaped up in front of the museum. With each tree planted by a sponsor in the city of Kassel, the pile of stones becomes smaller and the tree green larger.

There are only a few old avenue trees here.

– on the cycle track until behind Donsbrüggen

– Gnadenthal on the left side 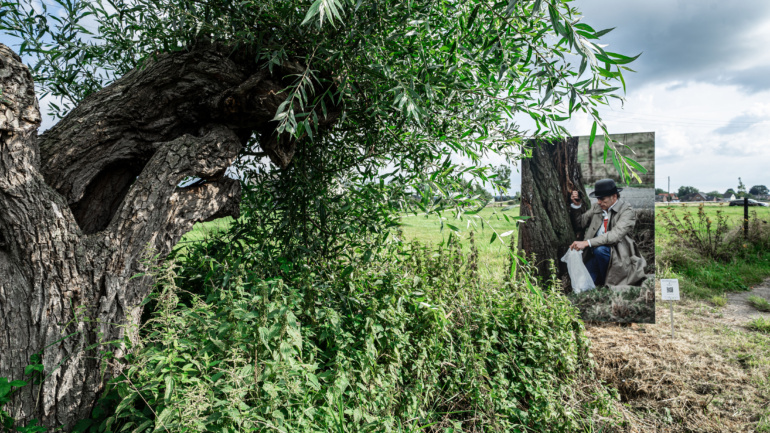 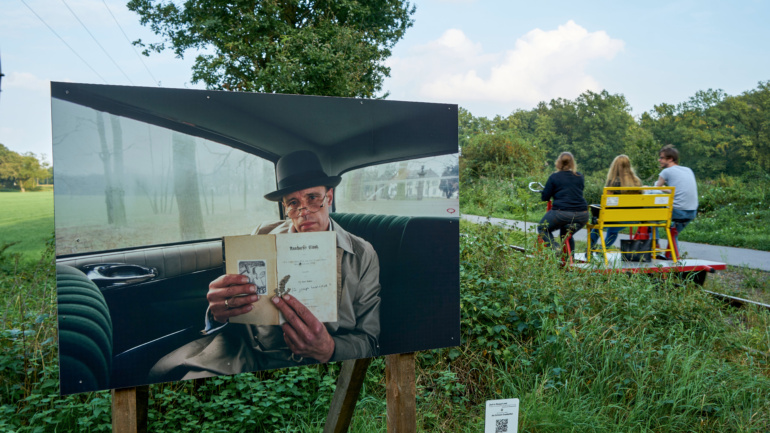