Beuys in the back of the car. He shows us an open book: Anacharsis Cloots. In the background the castle Gnadenthal.

Gerd Ludwig: Beuys after his action at Gnadenthal Castle with the biography of Anacharsis Cloots by Dr. Carl Richter from 1865, 1978

Last stop of our journey: Gnadenthal Castle near Kleve. This is the birthplace of Baron von Cloots, who, as a supporter of the French Revolution, staged great popular fraternization festivals in Paris, proclaimed the world revolution in the National Assembly as the “orator of the human race” and was beheaded by Robespierre in 1794. “I knew him as a child,” says Beuys, “Anacharsis Cloots, as he called himself, was the first to develop a real theory of democracy.” (…)

Astonished, Baron von Hövell, now lord of the castle and descendant of Anacharsis Cloots, sees the strange demeanor. “I am a Clootsian,” Beuys introduces himself, “you carry on the bloodline, I carry on the line of ideas.” (…)

Beuys sees himself as a kindred spirit to Anacharsis Cloots. He signs some of his works with JosephAnacharsisClootsBeuys. In actions he quotes Cloots texts and in the room installation Tram Stop the head of Anacharsis Cloots forms the end of the deformed field snake.

The castle no longer has a baron. The railroad tracks no longer see a train. Next to the track there is a fast bike path. Is this what the revolutionary looks like today?

Bike route to the next station:

– then continue on the cycle track

(apartment of the Beuys family)

– continue to the Museum Kurhaus Kleve 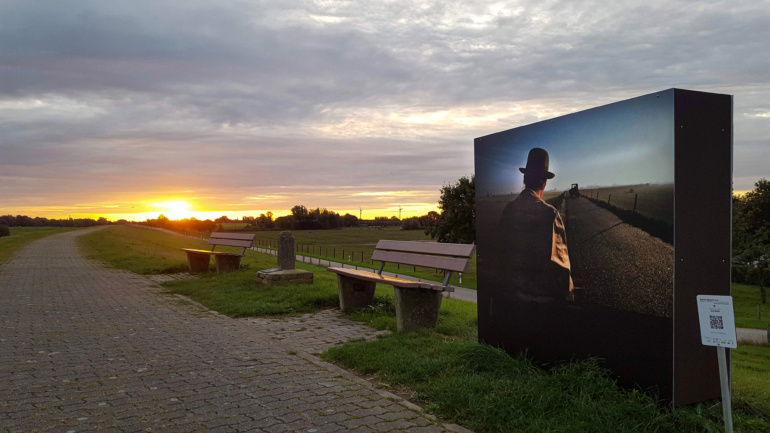 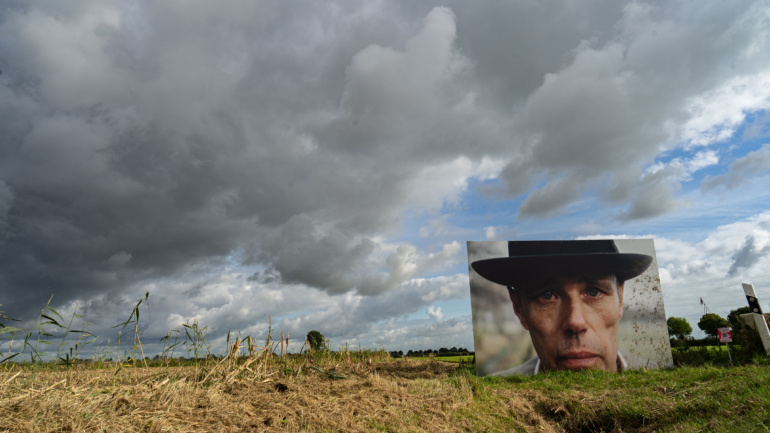